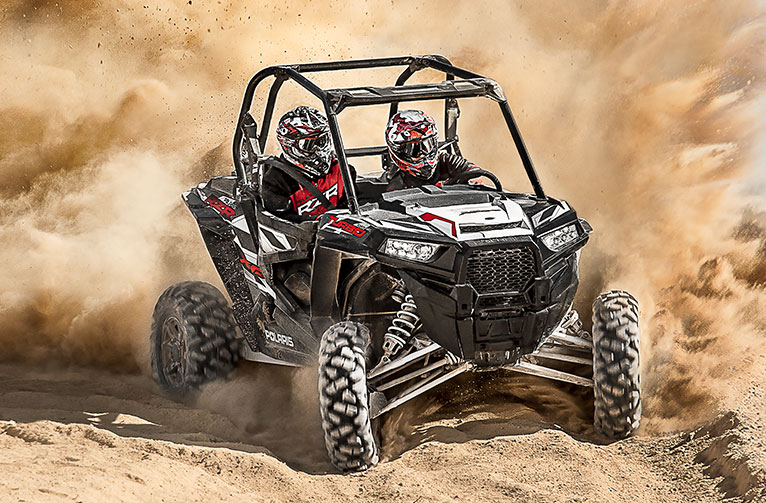 The ALL-NEW! 144HP Polaris ProStar® Turbo engine, with integrated turbocharger is specifically built to take extreme performance to a new level. The ProStar Turbo is the most powerful side-by-side engine available from the factory on a stock vehicle for unequalled power, torque, durability and excitement.

After years of exceptional service, Baja Designs is proud to present BAD Motorsports as the Dealer of the Month.

” BAD Motorsports has been an industry leader in providing the best knowledge, parts and award-worthy customer service in the UTV marketplace. Their customers range from weekend warriors to top notch competing atheletes who rely on BAD Motorsports exceeding wealth of knowledge and expertise in finding the perfect parts for their UTVs. “

Right on the heels of the MR306 truck wheel release is the all new Method MR406 UTV Beadlock. Expanding the UTV line is something we’re really excited about. It’s never a bad thing to give the consumer another option stylistically, but new size/offset combinations also allow us to explore different facets of the UTV world. From sand dunes to rock crawling, the MR406 Beadlock will get you there with ease.

JRi Shocks is proud to announce cutting edge technology that has revolutionized the suspension marketplace. JRi’s patent pending electronically adjustable JRide shock system for on and offroad applications allows users to tune vehicle dampers to various on and off road conditions improving ride quality and performance.

Since the introduction of the RZR 800 for Model Year 2008, Polaris has defined and led the recreational side-by-side market. Since that first launch, the company has consistently introduced models with unmatched performance which are highly sought after by off-road enthusiasts. RZR side-by-sides are the gold standard in recreational vehicles due to their ultimate combination of power, suspension and agility for trail, high performance and multi-passenger recreation. Today, Polaris announces the launch of a RZR beyond compare, the 2014 RZR XP 1000!

We found our next build!

Polaris Industries has announced plans to reveal an all-new 2014 RZR on July 29.

Hey HiPer fans! We are happy to announce a 14″ single bead lock wheel is about to hit the market. Hiper is very excited to introduce an even lighter UTV Wheel.